Training – the start of the journey 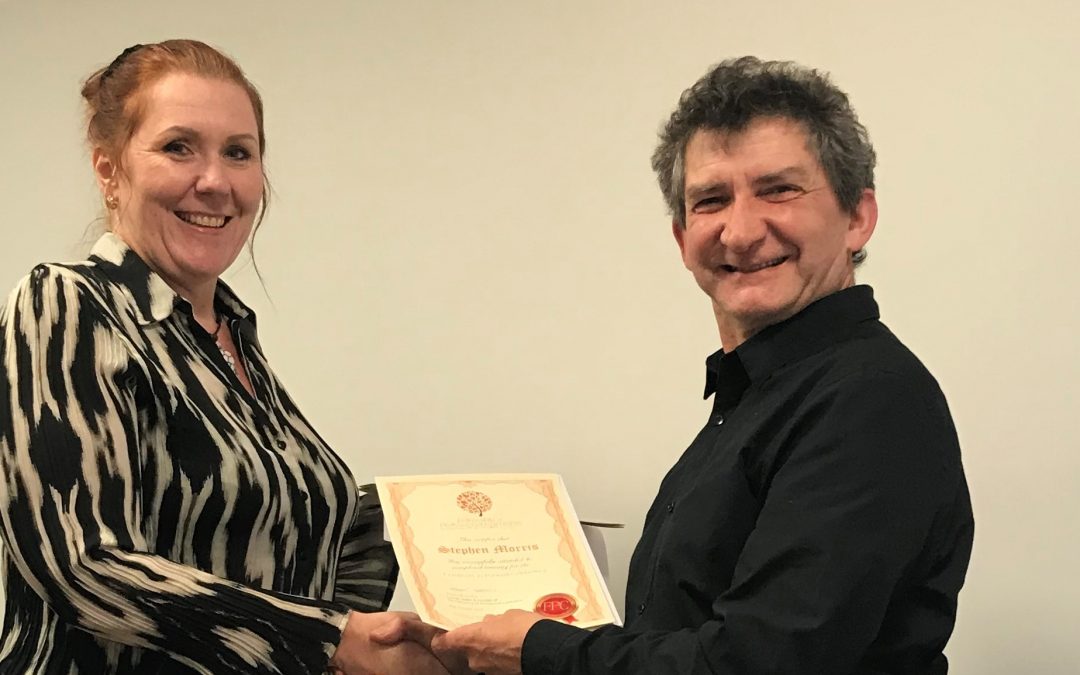 The Fellowship of Professional Celebrants training session has sunk in a bit now, and it’s been a few years since I was on a course like it. Three days in Crawley is probably not everyone’s ideal destination, and it certainly wasn’t a holiday.

The people I was training with were a remarkable bunch. They were very varied in their previous experience and the backgrounds that they brought to the table; one was a retired barrister from Shropshire, another a manager at a crematorium who had officiated almost by accident as a celebrant in the past.

Three days wasn’t much time to pack in the amount of information that the course leader, Founder and Director of the Fellowship of Professional Celebrants Terri Shanks had to get through, but the course materials were strong and signposted us to more information and resources. This is the beginning of the learning curve, not the end of it.

Another course member was a self-employed purveyor of equestrian supplies, who had come to celebrancy through becoming involved in her best friend’s funeral. As part of the training, we paired up to write eulogies for someone that our partner knew. This turned out to be a remarkable gift. As my partner told me about her best friend Kathy (name has been changed), I realised that the woman she was describing was amazing – that she had been the centre of a social circle and the flame around whom her friends had buzzed like moths.

The eulogy virtually wrote itself, and I couldn’t wait to deliver it and see the reaction. For my colleague, this could have been really painful. The rawness of her friend’s death was still evident when she was telling me about her life.

The presentation of the eulogy to the assembled course, plus special guest (and Terri) could have been nerve-wracking, but the course members were very supportive. I had, I suppose, an advantage. I have been performing rituals for many years. Rule two is ‘dress the part’ – so I abandoned my usual scruffiness and put on a rather splendid jacket. Rule one, by the way, is ‘establish the space’ – but there are many ways to accomplish that.

Here is an excerpt from the eulogy:

“Kathy was a meteor. A comet. Kathy lit up the sky. Kathy was a lighthouse in a world of candles. It is often said that the flames that burn brightest are not the ones that last the longest time, and Kathy was one of those. Everyone who met Kathy remembers her. She was passionate, funny, wicked and courageous.

She loved horses, dogs and the occasional human. She also occasionally had cats, but was far more interested in her standard poodles and her stable. Kathy was a real hair-raiser, and was often to be found in A&E following a fall. She had inevitably been pushing the boundaries; going too fast and daring the devil to do his worst.

She was beautiful, with her thick blonde hair cascading about her shoulders and her trademark scarves. She didn’t care about or need makeup. Her smile was a million candles; lightning through a blue sky”.

The feedback was amazing, warm and generous – though to be fair all of the presentations went down well with the group. What really impressed me, though, was my partner’s reaction: she laughed at the jokes and cried at the sad bits. Later, she told me that she would have been proud if my eulogy had been given at Kathy’s funeral service. I told her the same thing (and I genuinely think she will be a fantastic celebrant).

The journey starts here. Part of the challenge now is to process all the learning from the last ten years in adult and children’s social care, and to put that to work in the ceremonies that I design. Yesterday there was an interesting article on making a ceremony ‘dementia -friendly’. I have been a dementia champion for years following a ten-week course run by Worcester University, under the leadership of Professor Dawn Brooker. It hadn’t occurred to me that there might be a crossover, but clearly there is a need to incorporate the living into remembrance ceremonies for the dead. There is much to learn….